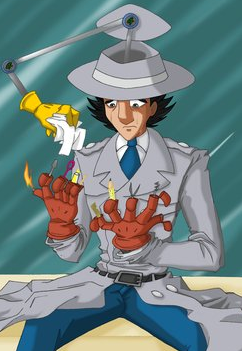 I just started reading Jaron Lanier's You Are Not a Gadget: A Manifesto, and it's been instantaneously off-putting and refreshing through the first couple chapters.

Lanier argues for new, more humanistic tech design that unlocks us from the often arbitrary designs of software, the web, etc, that can seem so inevitable and natural. He offers a fairly pessimistic view of things so far, but with good reason.

Early on, he lists some "things you can do to be a person instead of a source of fragments to be exploited by others".

> Don’t post anonymously unless you really might be in danger.
> If you put effort into Wikipedia articles, put even more effort into using your personal voice and expression outside of the wiki to help attract people who don't yet realize that they are interested in the topics you contributed to.
> Create a website that expresses something about who you are that won’t fit into the template available to you on a social networking site.
> Post a video once in a while that took you one hundred times more time to create than it takes to view.
> Write a blog post that took weeks of reflection before you heard the inner voice that needed to come out.
> If you are twittering, innovate in order to find a way to describe your inner state instead of trivial external events, to avoid the creeping danger of believing that objectively described events define you, as they would define a machine.

That last one is especially challenging to me. I sort of love Twitter, but I consume 100x more tweets than I generate. Partially because I try to avoid those trivial external events, but if I'm going to continue to use it, I should figure out a way to actually use it.

I'm going to try to stick to these suggestions as I finish the book, and in the meantime I'm going to watch this video of the video game "Moondust", which Lanier designed in 1983.

Email ThisBlogThis!Share to TwitterShare to FacebookShare to Pinterest
Labels: books, inspector gadget, jaron lanier, moondust, video games, you are not a gadget 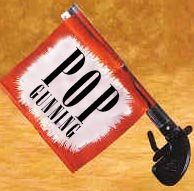